Is the end of 2D selling near? 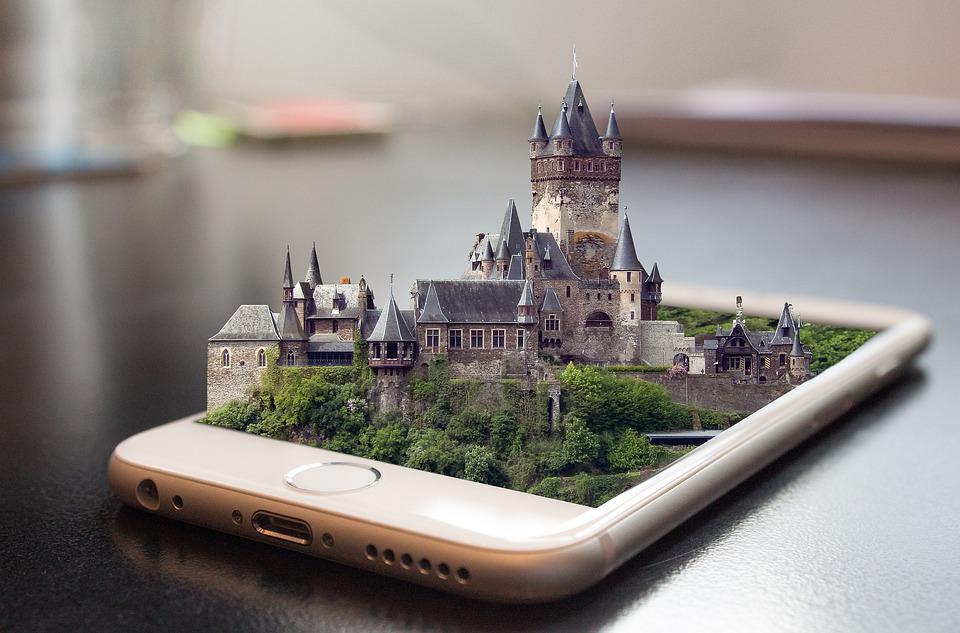 Will 3D and augmented reality (AR) herald the beginning of the end of the 2D era? While that’s anyone’s guess, one thing is for certain: it signals the beginning…of something wonderful.

The new buyer is different. A glut of information readily available online has made the customer harder to please than ever. A spate of new technologies has made them more curious and controlling in the pre-sale, exploratory stage. And in the wake of the pandemic, they are shunning public places and avoiding touching objects others may have used. With physical ‘face time’ yanked out of the equation, and the human-to-human paradigm disrupted by tele- and videoconferencing, the big question facing businesses is: “How do Sales tell their stories?”

Veteran sales folks have traditionally immersed buyers in vividly constructed, near-magical worlds, recreating real-life situations and What-If contingencies with the force of raw imagination, charismatic personas and powerful words. Havoc unleashed by a deadly, runaway virus moved the action online in early 2020, where it flourished for a while. However, digital fatigue soon put a spanner in the works, threatening to spoil the party one more time for the by-now-thoroughly-harried salesperson. The good news? The rise of visual and spatial technologies like 3D and AR seems to be resetting the see-saw. In fact, they promise to do more than that.

3D and augmented reality: ushering in the immersive era of selling

The term ‘immersive technology’ has been steadily gaining traction in boardroom and marketing conversations. An immersive experience, in short, attempts to recreate reality in a virtual setting and put users in the middle of it. It transplants buyers into a 3D environment where they can be a part of what is being presented to them, and explore products through not just one but several senses at once. That’s not all. Buyers can also actively interact with a product and change its ‘personality’ by tweaking and adjusting vital features like contour (physical dimensions), color (appearance) and context (ambience).

To access the AR universe, an optical device (such Google Glass, Metalens or HoloLens) or headset is usually required. However, in the case of Enhance, just a smartphone or tablet is all the passport one needs to hop aboard. Indeed, the mission at Enhance is to democratize deep-tech by making it accessible to practically everyone, and even downloading an app isn’t a requirement anymore.

By mimicking and simulating real-life moments, immersive systems eliminate both geographical and perception gaps, bringing back the magic of the in-person meet. The recreation of the ‘store floor experience’ – one buyers have been sorely missing – has generated considerable buzz. With the return of the tactile sensation, the assurance of control and the ‘test drive’ factor – comfort zones that have taken a beating in the wake of the pandemic – the initial sense of wonder is gradually making way for serious enquiry and interest.

Often, of course, an AR sequence will go well beyond the limitations of the physical world, with grand effects and larger-than-life illusions, and even enable buyers to experience a product from an unthinkable new angle, or consume an idea from an entirely fresh perspective – boxes the traditional presentation slide, retail format or trade fair tete-a-tete cannot tick. This has the potential to create ‘wow’ moments, which in turn can make the leap to social media and go viral, translating into novel possibilities for businesses.

Finally, AR technology also happens to be one of the building blocks of the metaverse – amongst the hottest tech trends of the day – which earns it a special place in pop culture, and ensures that it features prominently in the public narrative and media conversations.

Humans think in images and pictures, which is why 3D and AR feels like familiar territory. The fit is natural, organic. Add to this tech and stacks that can engage the imagination in unparalleled ways for unmatched periods of time, and CXOs know they have something special on their hands. Should they start uncorking the Champagne after a prolonged period of pandemic-induced drought? Perhaps so. Merchants on Shopify who have added 3D content to their stores, for instance, saw an average conversion uplift of 94% – an extraordinary improvement over not just photos but 2D videos too. Behemoths like Nike and Forever 21, for their part, are wagering big on the future of immersive commerce by opening virtual stores.

The benefits don’t end there:

As developers throw more ‘deep tech’ (artificial intelligence, machine learning and so on) into the mix, and as practices like gamified social experiences take over (as experts say they will,) things are only going to get more tantalizing from here – for both businesses and their customers. At present, no more than 1% of retailers currently use 3D and AR when devising Go-To-Market and Customer Delight strategies. That number will surely grow, sooner rather than later.

The new buyer may be different than their predecessors, but armed with a host of spatially eloquent and sensually captivating 3D and AR super tools, the new seller is more than ready.

How marketers can leverage customer psychology with 3D and augmented reality

Turning the trade fair booth into a stage to shine