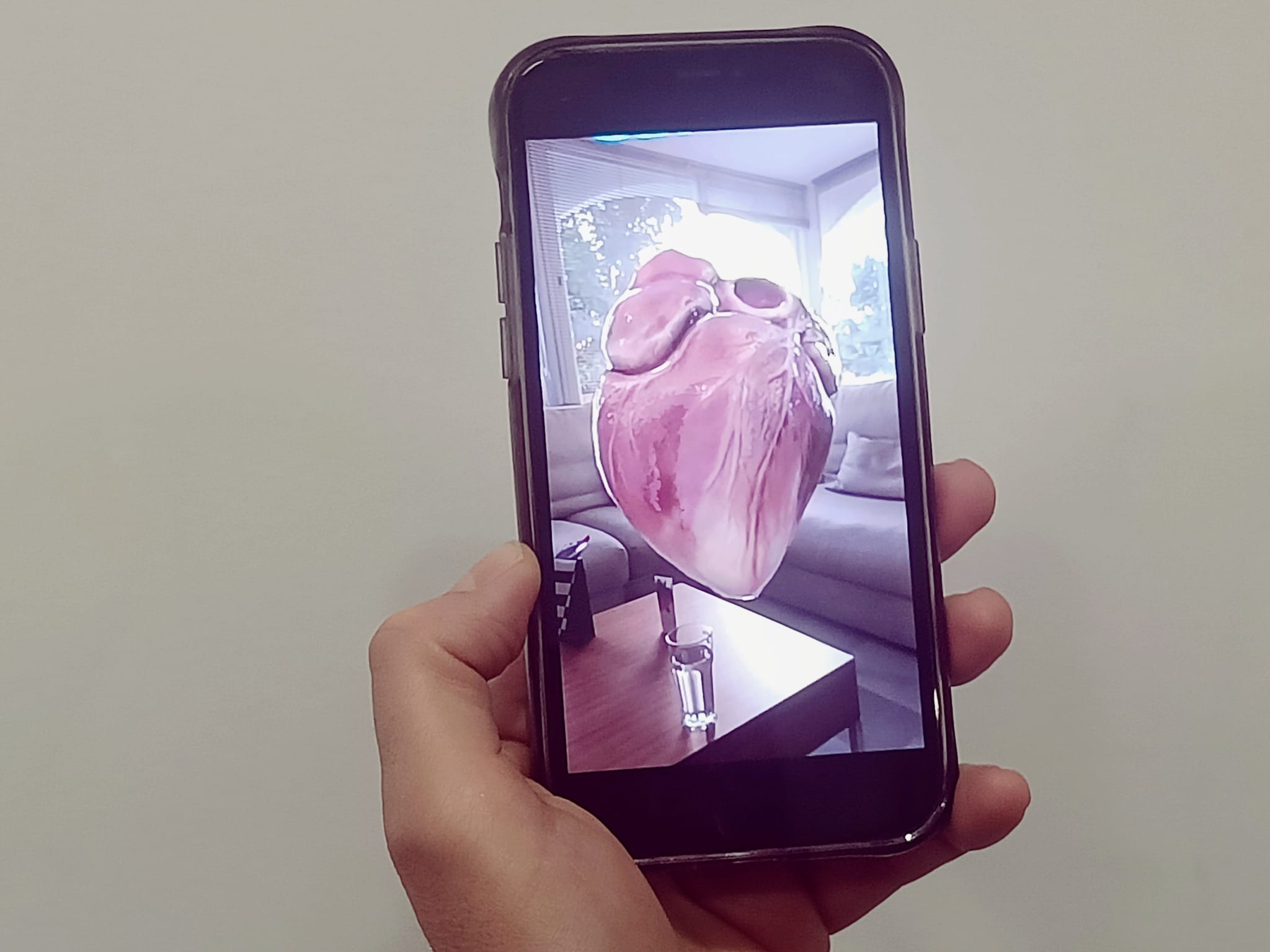 The latest AR in healthcare technologies are revolutionizing patient care, improving practitioner training, and enabling new approaches in the fight against disease.

Modern healthcare systems are highly dependent on technology. From vaccines to gene therapy, medical imaging to 3D printed prosthetics, in an industry where the endgame is literally a matter of life and death, only the cutting edge will suffice.

It is no surprise then that the healthcare sector has been one of the earliest adopters of augmented reality technology.

From allowing doctors to trial run an operation before the real thing, to enabling patents to explain their symptoms remotely, augmented reality (AR) and virtual reality (VR) technologies are opening up a profound number of avenues to improve patient care, cut costs, and save lives. While VR technology has been revolutionizing healthcare for a number of years now, it is augmented reality which has shown the most promise and ease of application, resulting in a market which Goldman Sachs predicts will reach US$5.1 billion by 2025.

AR and VR: What’s the difference?

Alternate realities offer up numerous possibilities for healthcare providers. Augmented reality and virtual reality are not just the latest technological buzzwords or jargon, they are genuine, applied solutions for medical education and training, surgical visualization, and patient care. However, there is often some confusion as to the differences between them.

In this regard, AR mixes real and virtual, physical and digital. On the other hand, VR is an entirely immersive experience where users cover their eyes and ears with a VR headset or glasses, thus shutting out the external world. Mixed reality (MX) combines the two by merging the real world and digital objects into an interactive reality.

There are two aspects in which AR is unique. Firstly, users do not lose touch with reality, which is extremely important for healthcare providers dealing with very real emergency situations. Secondly, AR gives the user visual information as fast as possible, by blending it in real time with the user’s surroundings. This is important because the speed of information delivery can be critical for doctors.

AR is also considered less cumbersome than VR, which requires specialized hardware, headsets, and a learning curve to operate properly. AR applications run on familiar devices such as smartphones and tablets. It is this ease of entry and accessibility which has led industry analysts to point out that AR´s market share is growing at a faster rate than VR. It is these distinctive features that are enabling AR to become a driving force in the future of medicine and healthcare.

Examples and case studies of AR in healthcare

There are many examples of how AR in healthcare is making quantifiable improvements to patient care today. Leading medical and healthcare website WebMD concludes that it is the ability of AR “to merge virtual images into the real world, including real objects and real people” which makes it so attractive in the healthcare setting. For example, doctors can see things through AR that they otherwise cannot see in real life, like the projected image of a virtual injury directly onto a real patient. In addition, a Johns Hopkins study found that more than 250,000 Americans die every year from medical errors, making medical errors the third-leading cause of death in America after cancer and heart attacks. Determined to minimize medical errors and improve patient safety, AR in healthcare technologies aim to provide doctors with immediate access to patient data, assist first responders with treatment instructions, diagnose a patient’s current medical condition and interface directly with emergency services to ensure a positive outcome. Below are some further examples and case studies of how AR in healthcare technology is being implemented in a number of different settings;

Augmented reality is also transforming the way junior surgeons are trained in surgery rooms. For example, the Touch Surgery app allows users to practice surgery any place and at any time by offering an interactive mobile surgical simulator that guides trainees step-by-step through every part of an operation, highlighting each critical decision point along the way.

AR in healthcare allows experienced surgeons to do things like project anatomical cross-sections onto a patient, or show 3D visualizations of internal organs, allowing practitioners to ‘trial run’ a procedure before the patient goes under the actual knife.  In addition to this, highly respected consultants across the world can share their expertise with their own eyes using Google Glass apps such as MedicAR, which enables surgeons to properly align incision points for less patient trauma.

When they are ready to perform the real operation, the MEVIS Surgery app developed by Fraunhofer MEVIS offers virtual 3D reconstructions of real organs, which surgeons can use, for example, to perform liver resections using overlaid images displayed on an iPad that help in locating critical blood vessels. Another example of AR’s effectiveness in healthcare is augmented reality remote surgery. Proximie allows complete surgical procedures to be carried out over a distance under the guidance of a specialist using the AR tools to guide and collaborate with colleagues in real time.

Many patients often struggle when they have to describe their symptoms accurately to a doctor or specialist. Healthcare apps like EyeDecide are empowering patients to play a more proactive role in their care. The app uses a device’s camera display to simulate the impact of specific conditions on a person’s vision. Using apps like EyeDecide, doctors can show a simulation of a particular disorder. For example, the app can demonstrate the impact of a cataract to help patients to better understand their symptoms. Another example is the DoctorMole app, which helps doctors analyze suspicious moles on the body, enabling them to give instant feedback, which is useful for detecting malignant spots and marks on the patient´s body.

AR systems are actively being applied to the post-stroke rehabilitation process, by providing virtual objects or scenes from the real world provided by a computer. The system allows for automatic visualization for improved posture and motion control by providing biofeedback in real time during the intervention process. In this process, the patient is more focused on the movement, which is important to controlling erroneous movements and improving brain plasticity which allows for a speedier recovery.

These are just some of the many ways in which AR in healthcare is revolutionizing the patient experience, training the next generation of practitioners, and improving outcomes. In recent years, the AR in healthcare market has witnessed an influx of software and hardware manufacturers getting on board to develop and produce solutions for doctors and patients. This reflects an immense interest in the technology from all quarters, resulting in an industry which is forecast to grow to US$10 billion by 2027. There´s a good chance then that the next time you visit your doctor or local hospital, you´ll be treated using the latest AR in healthcare tech.

Thank you! Your submission has been received!
Oops! Something went wrong while submitting the form.